I've found my self having access to an ORE 4410D-01 TRACKPOINT II Plus SYSTEM and i tried to plot it's target data on OpenCPN. (WTF is the Trackpoint II Plus system)

TP II has  serial (RS232) data output in various formats, two of which are NMEA sentences, one as TTM and one propriety.

OpenCPN accepts TTM NMEA sentences and plots them as AIS targets which is ok for most of the cases but as expected the propriety PORE format carries more information. The part that cought my eye was the Z parameter which translates to depth.

This was a chance for acquiring a few skills related to C++, DEB packaging, launchpad.net and Code::Blocks IDE.

To make things even more interesting, the best tutorial about writing plugins for OpenCPN is Use one of the existing plugins and modify to your needs

So as my first attempt on any of the above, i tried to keep it simple and set the following goals:

For providing dummy NMEA sentences to OpenCPN I used gpsfeed+, you can find the cfg file containing a PORE sentence attached at the end.

I plan to write a small tutorial of how I created this plugin but it will have to wait for a time where there will be pressing issues to ignore.

All code is on GitHUB

An Ubuntu repo has been setup at https://launchpad.net/~drid/+archive/ubuntu/trackpoint

For Ubuntu just install the PPA and apt install it.

Trackpoint II Plus supports up to 9 targets, using the configuration dialog, each target can be assigned a name. 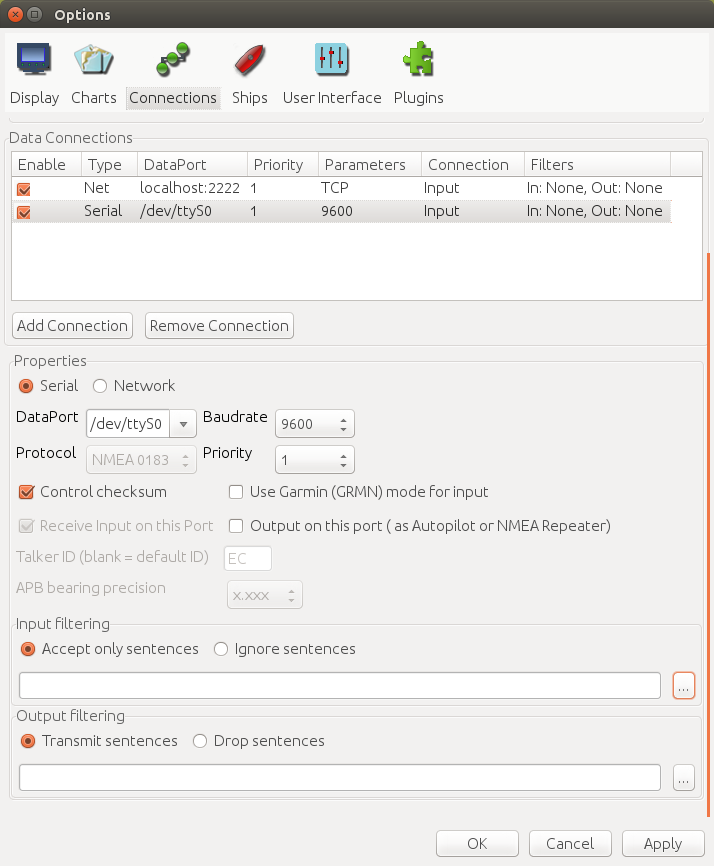 Set the names for each target to your liking 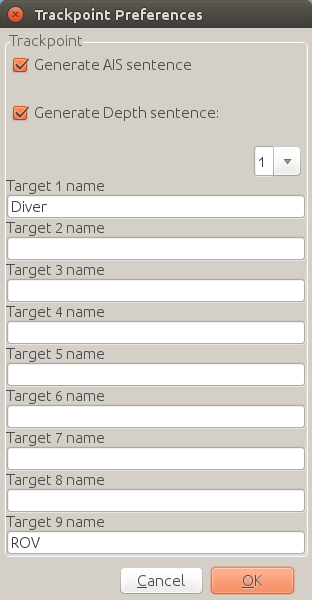 You can enable/disable the AIS and Depth NMEA sentence generation using the two checkboxes provided.

Select the Target for which you want the depth to be displayed.

If you have an NMEA output for depth from another device on your vessel then depth measurements will overlap. Future version will have a separate depth widget just for TP II Plus. 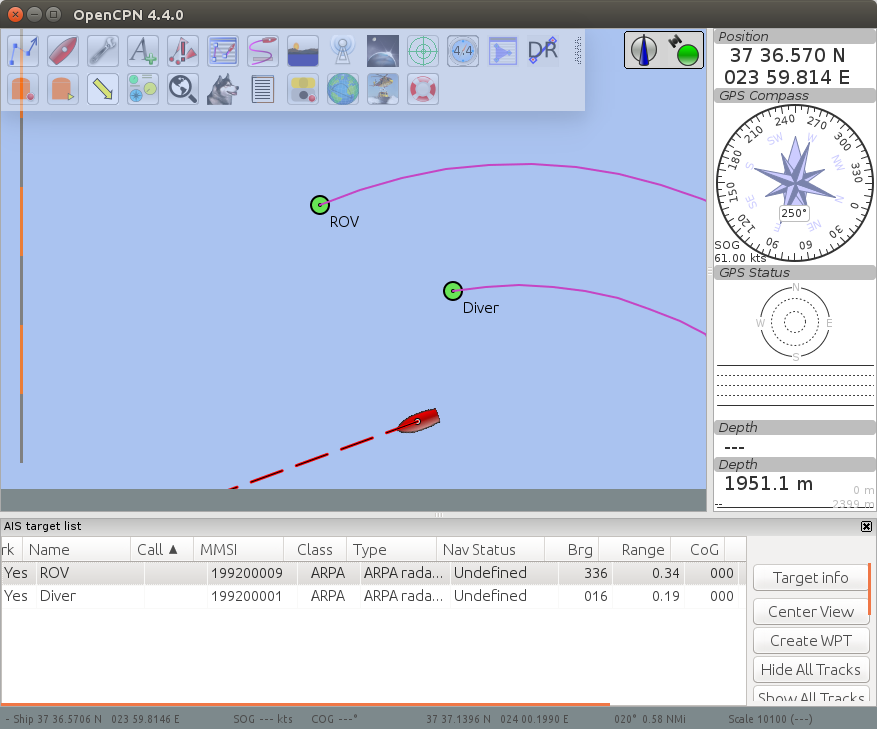